It's not every day you get asked by two different people if you can speak to Israeli media about your day at work. (I declined.) Or you feel obliged to "mark yourself safe" on Facebook. And then learn that even after a pipe bomb had been sent to Hillary Clinton (among other prominent Dems), the President is still being greeted at his umpteenth rally with chants of "lock her up."

But we are living in weird times.

It was already one of those days that people who believe in such things describe as "Mercury in Retrograde." At 7 a.m. I had subwayed uptown to swim at my neighborhood rec center, only to learn the lifeguard was stuck in traffic and the pool could not open. So instead I bought groceries, and, beladen entering my apartment building door, apparently dropped my cell phone. When I called it, I discovered it had been found and retrieved by a good Samaritan who'd fetched a dog from my building to bring to her grooming place around the corner. I got it back and gave her a tip.

So by the time I got to work at CNN I was already a little rattled. Up in the cafeteria, I looked in vain for signs of fall foliage.
Instead, I saw volunteers as part of today's "Turner Volunteer Day" writing thank you cards to people serving in the Armed Forces. Having terrible handwriting, I had chosen instead to sign up for a 3pm shift of "Medshare," in which I was going to:


Sort, pack, assemble, and box Clean Birthing Kits for pregnant women and newborns in need who live in communities worldwide where birth often takes place outside of a medical facility.


Instead, at 10:09 am, the fire alarm started going off. I grabbed my phone, wallet, keys and jacket, and, bizarrely, a water bottle. But not my bag with my external cellphone battery.

Unfunnily enough, we'd had a mandatory "active shooter" training a few weeks ago, where we learned where the staircase exits were, how to not get isolated in an area with no escape, etc. But when the voice came over the speaker
telling us we should only exit on the 60th street side of the building (the main entrance is on 58th street) there was some confusion. We traipsed through the elevator bank to the far side of the floor, pushed open a door and walked down the seven flights. (I didn't think of taking video.)

It was also confusing to be an anchor broadcasting about bomb scares from the building at the very moment an alarm sounds, as this video shows.

Time Warner Center – where CNN's New York offices are located – was just evacuated. The alarm went off as @jimsciutto and @PoppyHarlowCNN were on air reporting the packages sent to the Clintons and Obamas. @ShimonPro reporting it was over "a suspicious package." pic.twitter.com/EYBsytil0o
— 💀andrew👻kaczynski🎃 (@KFILE) October 24, 2018

Jim Sciutto and Poppy Harlow went downstairs like the rest of us and handed off the broadcast to the DC CNN folks, but were soon back on the air - broadcasting via Skype on their phones. Those of us on the 60th street side were not able to see or know about this, though I soon would listen to it on my phone (not wanting to eat up battery with video).

My colleague Chloe wound up in the Hudson Hotel surreally watching them broadcast from down the block. 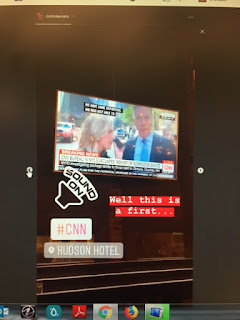 The rest of us migrated to the Southwest Central Park entrance - again, bizarrely, opposite Trump Hotel - to wait for further instructions. 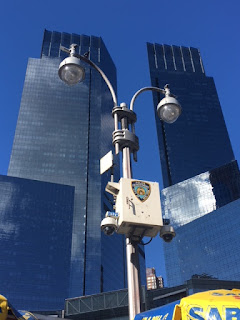 The CNN building -- known as AOL Time Warner Center when it opened in 2003-- was under construction when the 9/11 attacks happened. It always spooked me how it was another Twin Tower
target - and several of the outdoor spaces have never been utilized because of security reasons, though I did win a company lottery last year and got to watch the Macy's Thanksgiving Parade from a 10th floor terrace.

Eventually we got staffwide alerts via phone and email telling us if we wanted to go home we could.

Chloe witnessed the police bomb squad removing the suspicious package, which turned out to be addressed to former CIA chief John Brennan, at 11:35am. 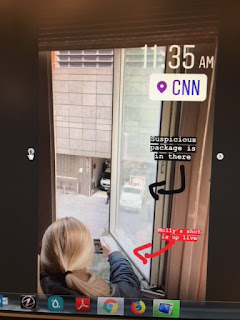 Sciutto tweeted out a photo of the package (below). 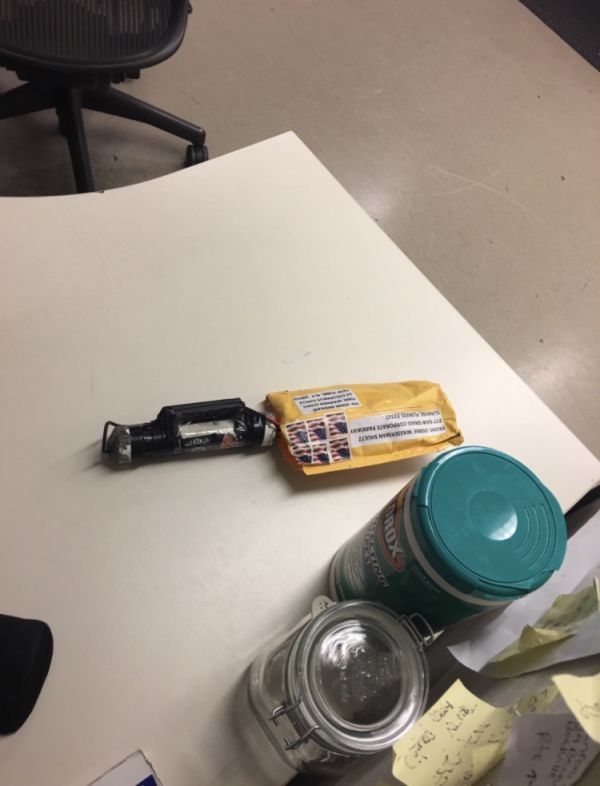 I was amazed at how small a device could bring so many people's lives to a screeching, scary, pause.

There was no way to separate the targets of all the bombs from those who have been repeatedly attacked by the President and his followers. CNN President Jeff Zucker released a statement: 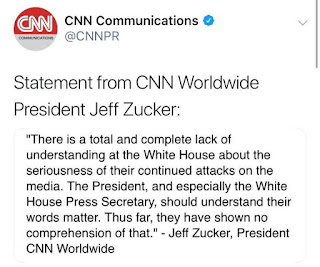 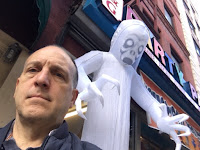 On the way home I passed this Halloween store display.

The Time Warner building was declared reopened at 3:38pm. We soon got emails from HR offering us counseling if we needed.

I watched the remainder of the day unfold with the rest of America, on TV. I suddenly needed to take a nap.

Eventually I went out for the night to a movie screening, but I couldn't concentrate and walked down to CNN to enter the now-safe building.

Anderson Cooper had set up outside. We were the news. 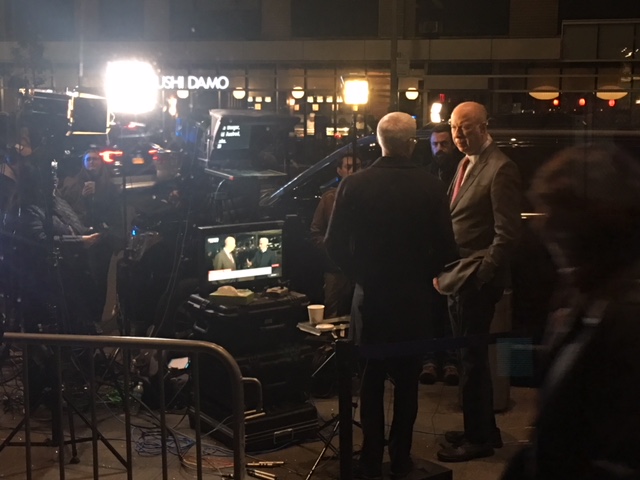 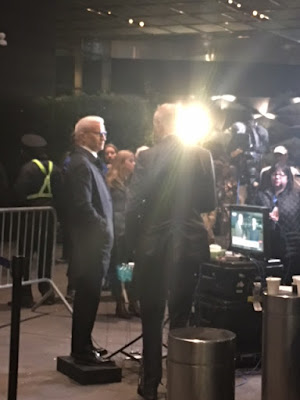 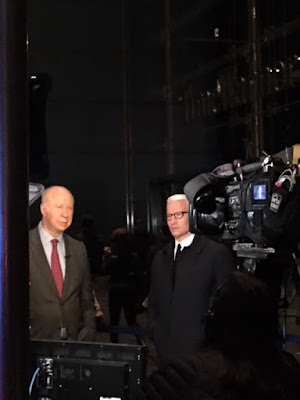 Posted by David Handelman at 8:21 PM

I'm sorry, David. This is so wrong. It's all so wrong. Stay safe, my friend. Well written.

Thanks for your play-by-play of this thoroughly surreal experience.
Peggy LaCerra

David, you seem to keep finding yourself at Ground Zero of this scary and disturbing era. Thanks for being our eyewitness — and stay safe.

Thanks for blogging about this. That detail about your being directed to a different exit-- it highlights how, despite training and policy, split-second emergency decisions can put employees in potential danger despite the best intentions. And now I understand how you got those fun sped-up videos of the Macy's parade last year!