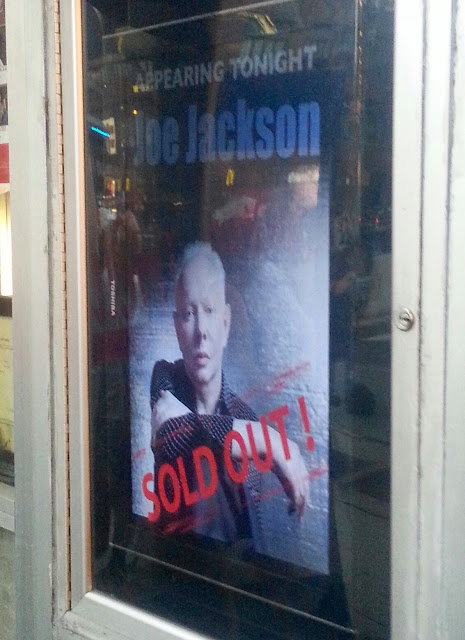 Where the hell does the time go?

That's what I found myself thinking tonight, when, thanks to a Facebook alert from a friend, tonight I got to see Joe Jackson play the intimate space at Iridium, a taping for a PBS series called "Front & Center."

Jackson, a striking, lanky figure, opened with a few solo piano songs, then was joined by a band that included his original bassist, Graham Maby, who propelled him through his catchy, spiky first hit, "Is She Really Going Out With Him?"
Sprinkled among the familiar tunes, Jackson highlighted  a half-dozen songs from an upcoming album called "FAST FORWARD," explaining that the title refers to a Time Machine concept, in which you can propel yourself far enough into the future that looking back on the present, you can make sense of it.  It seemed an apt concept the day after the GOP Debate circus, and the Arab-American teen arrested for bringing a clock he built to school, and -- well, pick a story.

But it also was a Fast Forward for me personally,