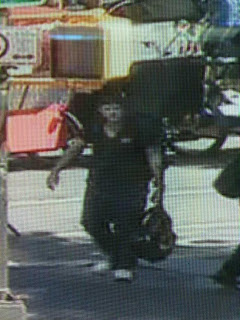 Today news, real life and fiction, humor and pathos, whizzed around my head like a lowflying frisbee - or maybe a boomerang. I unwittingly rode past a crime scene en route to a job writing light news, then on my way home was confronted with reality -- and alternate reality.

I've been working this summer at ABC News, which when I was a kid was one of the institutions -- like the New York Mets, NASA, and Saturday Night Live -- that I clearly idolized, if my autograph collection is indicative.  I had glossies of the "Eyewitness News" team at the local ABC station, including (yes) Geraldo Rivera, who back then was not a joke, but a scavenger of real news stories. 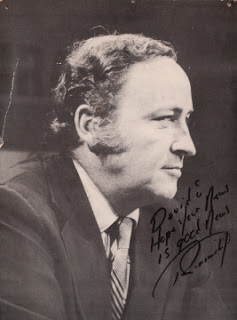 But my favorite was anchor Roger Grimsby (left), whose anchor sign on -- "Here now, the news" -- ironically became adopted by Jane Curtin in the second year of SNL when she took over Weekend Update from Chevy Chase.

Grimsby was a cantankerous and bemused presence who, now, to my adult viewing eye seems to have been something of a drinker (perhaps confirmed by the fact that when he left ABC in acrimony, the network is said to have bought up some nearby buildings for the sole purposes of shutting down his favorite watering holes).

I recently came across this wondrous clip of his improvisational skills when a reporter was caught on camera giving the director the middle finger.

That is just the kind of off-the-cuff banter that helped fuel the dynamic between co-hosts Josh Elliott and Lara Spencer [right] on Good Afternoon America, where I worked this summer, rising before dawn and working at the Times Square Studios. As much as we could script for them, the best moments came when they just reacted.