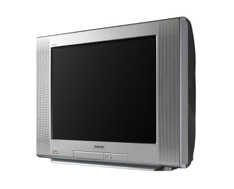 When you move, it's imperative to throw out as much as possible in advance. But you can't always predict what will work in the new space until you've lived there.

So I knowingly paid movers to schlep several things uptown, despite the fact they would soon be history.  One of the more embarrassing and unwieldy was the 65-pound, 27" diagonal, perfectly working Sony [above] I had bought when I moved into my old place in 2004.  I mean -- I work in television, for chrissake.

I had never bought into the plasma extravaganza. But now LEDs were too good and cheap to ignore. So within a few weeks of moving, I bought a Samsung and a new TV cabinet to house it, and the Sony became the world's biggest doorstop.

Not wanting to dump it on the sidewalk, I posted it on Craig's List. 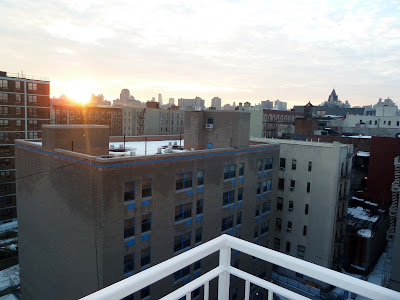 People who live anywhere but New York City take outdoor space for granted.  In L.A., the only other city I've lived in my adult life, even the shit-ass lowliest apartments often had balconies (and sometimes swimming pools). The last time I lived there, for the same price as my grungy New York apartment, we had a whole house with a yard, a hammock, a hot tub, and a resident pet bunny. We barbecued -- even in February.
One of the nicer aspects of the Upper West Side apartment I rented in 2004 turned out to be its fire escape.
Read more »
at January 16, 2011 5 comments: 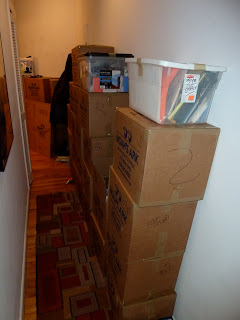 Many people find moving traumatic. But I was never one of those people.

Growing up, I was the opposite of an army brat: my family only moved once my entire childhood -- and that was to a house a few blocks away, which was larger, so we didn't have to throw anything out.

When I went to college, I spent two years in dorms, then got my own place for two years. After I graduated, I lived with my parents while kickstarting my journalism career, rented a few NYC apartments, then bought a place and remained there for 12 years.

Then my marriage ended, and my living situation became....entropic.