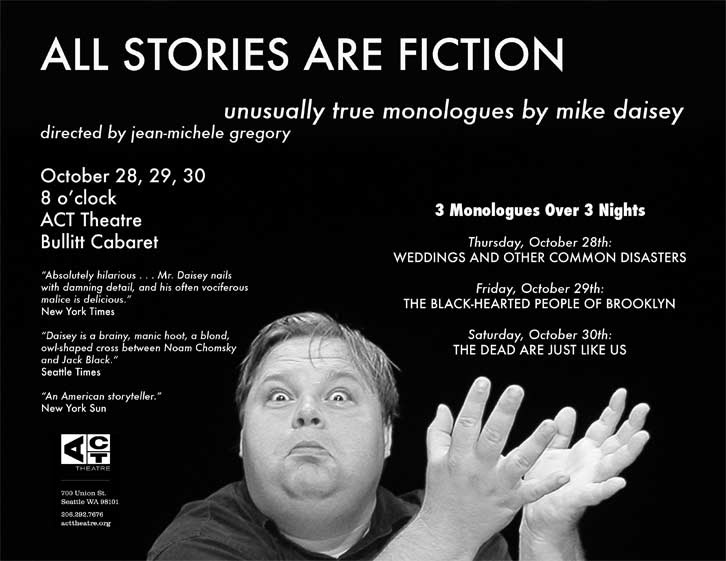 On Friday I was in the writers' room for Aaron Sorkin's new HBO series, The Newsroom, when my colleague Gideon Yago -- who trolls the Internet even more fiercely than I do -- blurted out something like "Wow."

Gideon -- a one-man encyclopedia who worked at MTV and CBS news and reported from Iraq and Afghanistan -- does this several times a day, and sometimes it's about things I can't comprehend, like international finance.  But Friday's topic hit close to home -- especially since we're working on a show that has to do a tricky dance with truth and reporting and fictional entertainment.

What tripped up Gideon was the news that the esteemed NPR show This American Life was going to retract a story it had aired. The website was so clogged it took me about 15 minutes to get to the story.

Sounding a little like a parent about to tell his kids about a divorce, host Ira Glass wrote a blogpost starting with the unfortunate phrase:"I have difficult news." 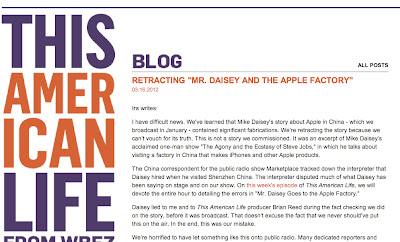 In the days that followed, Mike Daisey, who most Americans had never heard of, went from a beloved cult truthteller to a nationally discredited fabricator. And again put what Stephen Colbert called "Truthiness" front and center stage.