A lot of people are down on the Internet these days, for many good reasons. (Myself included, in this space.)

I have weaned myself from online Scrabble, at least, but when I see my 13-year-old daughter enmeshed in building her new Facebook page, in my head I start to hear the song "Cat's in the Cradle

Tonight, however, after a long workweek, I came home to one of those wonderful free-association web experiences that led me to an amazing video, which, while hardly obscure -- it's closing in on a million views -- I had never seen before.

And which, more than all the produced tributes to John Lennon around the occasion of his birthday a few weeks ago, bracingly reminded me of the one-of-a-kind way he wore his icon-hood, like a shaggy bathrobe. 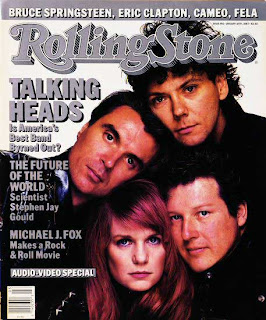 In retrospect, it's bizarre that the Talking Heads hadn't had a cover of Rolling Stone until January 1987, by which time the band had been around for a decade and was on the verge of disintegration. Whereas several of their CBGB's cohorts had covers back in the day -- Patti Smith (1978), Blondie (1979) -- and although the Ramones never got one, the Sex Pistols and the Clash did.

The Talking Heads weren't punk, they weren't mainstream, they'd charted out their own territory, starting out with art-school faux-primitivism, then getting deeper via influences like producer Brian Eno and African music. Jonathan Demme's 1985 documentary Stop Making Sense

captured one of the most vibrant, visually arresting concert tours by any genre of band. But still, no cover.

The late 70s/early 80s, when I had my teenage subscription, was one of the eras when founder/owner/editor Jann Wenner leaned more toward Hollywood (and the LA music scene) than he did cutting-edge music. Researching to write this, I was shocked to find int the book Rolling Stone: The Complete Covers 1967-97,

covers of The Village People, Jimmy Buffet and Kris Kristofferson on during this era.  But hey, it's Jann's magazine. 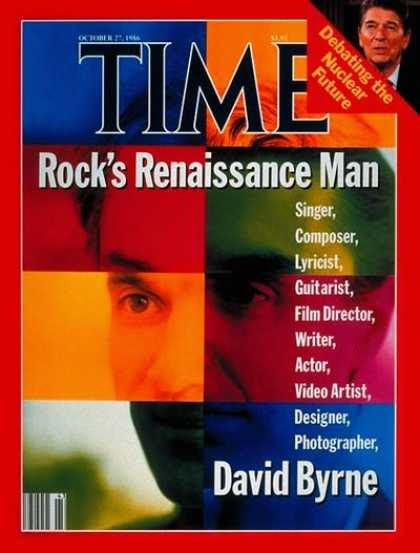 Their snub turned to my advantage, however. Because some other cover fell through and Rolling Stone decided to give them their due, perhaps somewhat shamed by the fact that stodgier Time magazine had put frontman David Byrne on its cover in October, 1986 (right) anointing him Rock's Renaissance Man by dint of his directing the movie True Stories

. In that piece, composer Philip Glass was quoted saying that Byrne's other projects were more interesting than Talking Heads. The band hadn't played live for three years, and hadn't recorded in 18 months.

At that point I had freelanced some features for Rolling Stone, but they had mostly been fringe stories -- a profile of Eric Bogosian (who did an off Broadway show called Sex Drugs and Rock and Roll

), another of a preacher named Brother Jed who roamed from college to college preaching....against Sex and Drugs and Rock and Roll.

An editor -- Jim Henke or David Wild -- called to ask if I was interested and available to do the Talking Heads piece, quickly, to be the first cover on the newsstands after the annual year-end double issue. Most everyone on staff was taking well-deserved holidays. This was my big break, like when the dancer in 42nd Street is injured. I was 25 years old. And I walked into a great story. 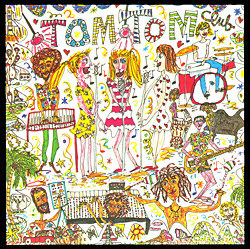 Because the Talking Heads had virtually ceased to be a band. In 1981, drummer Chris Frantz and his wife, bassist Tina Weymouth, had formed a side project, Tom Tom Club

, also made solo albums and produced for others. And for True Stories, Byrne had pushed them into the background, merely as his back-up band.

This kind of situation can be perilous for a band (and its fans) and possibly disastrous for a journalist. But in this case it turned out to be a goldmine. The Heads-- who I met with separately -- were practically communicating through me. Without prompting, Tina Weymouth volunteered two dreams she'd had: in the first, Byrne had advertised rehearsals for the new tour in the newspaper, and ended up with novice musicians instead of the band; in the second, the band went on stage and didn't play a single note, but was hailed as conceptually brilliant. "Even in my dreams," she told me, "David could do no wrong."

And I had my lead. Tina, never one to be shy, went on to say that "David assumed credit for everything that happened in Talking Heads, and we allowed it to happen." Frantz, though more jovial, complained about being tricked into participating in a 1985 NY Times Magazine story that he thought was about the band but turned out to be about Byrne: "I practically beat him up, I was so mad!" Harrison, while more philosophical, did note that "If there was anything the Talking Heads was always about, it was restraint...David's had so much press now that he's beginning to take on a larger-than-life image." 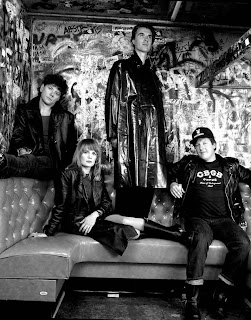 Sometimes photographers don't let you go to the shoots, which is understandable; I wouldn't want them around when I am trying to report. But Richard Corman let me go to CBGB's (Harrison's idea) with the band, via limo, which also got me great stuff. They hadn't been there in years; it was dank and dirty and a long-ago. They loosened up and had some of the camaraderie that I'd hoped for as a fan. But also, Byrne somehow positioned himself above the others. (Outtake, right)

A few weeks later, as I recall, Kurt Loder was taking a leave of absence to co-write Tina Turner's autobiography

(eventually it would become the basis of the movie, and Kurt would migrate to the new kid on the block, MTV), and I was offered a staff position on the magazine. And for that I have to thank the Talking Heads, for their candor amidst what must have been a brutal time. (They didn't officially break up until 1991).

In my years at the magazine, I remained something of a fringe guy. I was never going to get the interview with the former Beatle, Springsteen, Dylan -- I was too far down the pecking order. But there were days I was grateful for that. Instead of transcribing the latest tablets from the mount, or getting the thousandth interview with someone, I got people on their way up like the Beastie Boys, the Coen Brothers and Jane's Addiction, or stories like this (the Pogues comes to mind -- and, later in their career, Jane's Addiction again) where there was enough strife that all I had to do was be sympathetic and then make sure the tape recorder worked.

The Rush to Judgement 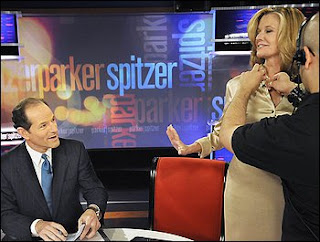 As the TV show I'm helping produce debuted this week, I was reminded that there's a huge difference between making something and consuming it. And an even wider gap between making it and critiquing it. Especially now, in the blogosphere.

When I was a journalist, process fascinated me.

“Jumping off the gw bridge sorry.”

One of the many horrific aspects of the suicide of the Rutgers freshman Tyler Clementi was the fact that he posted his intentions as a Status Update on Facebook. To me this act epitomized the very worst of the distancing effect that the web has had, not just between one person and another, but a person and his or her true self.
It's impossible to track the thought process that caused him to pause between the decision and the act long enough to type that up for all his friends in such an impersonal/personal forum. Did he want someone to find and stop him, as they say with many suicide attempts? Or did he simply decide to get the most attention for it, paying back his tormenters in the same public way? (They are now facing criminal charges).
Tonight I attended  a screening of The Social Network, followed by a Q&A with my longtime friend, sometime employer, and unparalleled writer Aaron Sorkin.
As the credits rolled, with the theater still dark, little flashes of light started popping up all over the room. People had whipped out their BlackBerrys and iPhones to see what messages they had missed during the one hour-57-minute running time. (Actually, one woman couldn't even wait that long; she took out her phone and started texting during the last five minutes of the movie. I went over to her seat and told her it was distracting. She seemed amazed at MY gumption.)
Aaron entered at the back of the theater, and I pointed out the sea of phonescreens, and he said "I know. What's become of us?"